Главная › Products › Hockey › How to hold a personal championship in hockey while keeping the number of players 5 to 5?

How to hold a personal championship in hockey while keeping the number of players 5 to 5? 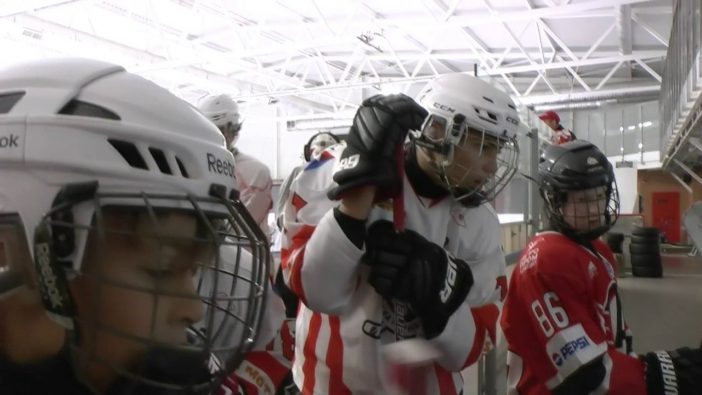 Website for personal championship (for trainer, data entry)
http://personal-champ.ra-first.com/championships
For players, you can watch the progress of the game on this site in the appropriate sport in the section “Personal Championship”
In the practice of the trainer there are a number of permanent problems that do not have a clear solution and predetermine the moral costs:
How to choose from a number of candidates for the team who needs it?
How to compare the level of the game wards?
Who to choose in the starting lineup really strongest at the moment?
How to determine the effectiveness of the work done outside the official games?
The result in hockey is the balance of goals scored and conceded goals. This balance applies to the whole team. The balance of the heads of the team as a whole consists of the balances of each player separately. Each player, winning and losing martial arts on the field, forms his balance of goals scored and conceded. Their sum on the team as a result of the match is reflected on the scoreboard.
You can not think of an action that would be useful to the team, but it did not affect its difference. If the player does not score a lot, but plays well in defense, he minimizes the missed goals, improving the difference. There are no useful actions that do not affect the command difference.
Is there an option to visualize the contribution of each player? To estimate the difference brought by the player, it is impossible to “see” it in a normal game. Partners and rivals can “screen” its actual level. A stronger partner will “make” you a better difference. Weaker player – on the contrary.
In hockey, the player’s rating system “+/-” is used, but it characterizes the entire link as a whole. This estimate will be 4/5 depending on the level of the game partners.
There is a problem of separating the actually created difference of the player from the “background”, from the degree of superiority of the partners over the rivals. But how to do that?
We made a program that almost evenly distributes players for any number of people involved.
25 players – 10 play 1 minute, the rest wait for their shift.
After the played shift, 1.5 minutes are given for rest for those who played in the previous shift and find out who is coming out.
Players played 15 micromatch (shifts), and then another 15.
After 15 first shifts there is a knockout of 1 player in each subsequent round.
To the last, 30 rounds on the field are the 10 strongest players.
The algorithm arranges all players in descending order of the difference created by them for all micromachines with their participation
The weakest player was eliminated after 8 shifts, the strongest (10 of them) were played by 20 shifts. This is the normal game mode.
Why is this necessary?
To be able to objectively measure the player’s level.
Personal championship serves to create a competition among those engaged and create a sharp acceleration in the growth of skill. The meaning of the play off system is that the weakest player plays 8 shifts instead of 20 for the strongest. And at a shorter distance, he is able to show a more impressive game. If both of them play 20 shifts, their status will not change and there will be no acceleration in development. The meaning of playing is only if there are “broken” from the bottom players.