Главная › Blog › Once again about the role of personality in football 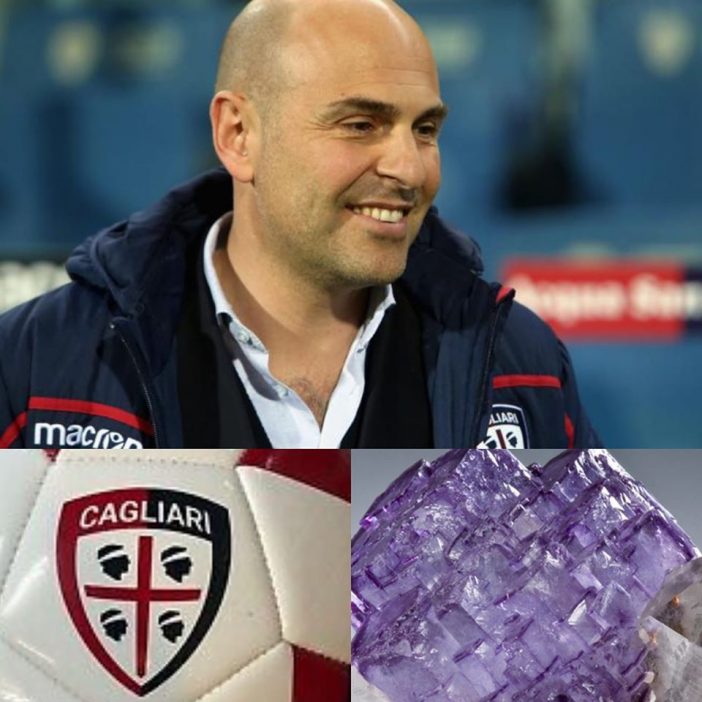 A little about the personality in football – about the president of the Italian football club Cagliari who speaks a little Russian …
“Tommaso Giulini is the journey of a man who achieves his goals with consistency, risk-taking and mindfulness. The future president of Club Cagliari was born in Milan in 1977 and is now the head of Fluorsid, founded in 1969 by his father, Count Carlo Enrico Giulini. He took over as commercial director of his father’s company in 2002. In 18 years with it, the company has become the world leader in the production of aluminum fluoride.Why did the up-and-coming goalkeeper of the AC Milan, Inter fan become a businessman?
“The story began a long time ago, I wanted to be independent from my parents and left for the experience of adulthood – in search of work in France, says Giullini: I started sending resumes to various companies and, among others, I was called for an interview at Cartier. This interview turned out to be the best I’ve done before, and I was hired by a well-known firm. ”
Perhaps Tommaso’s life and work would have turned out differently, but then his 85-year-old father intervened, setting him the first family “adult” problem. “He wanted me to see how his company Fluorsid works from the inside – its regional and international divisions.
I liked that this work made it possible to travel. I was the only one in the family who worked in the Sardinian part of the company. When the division in Sardinia had problems, I, with the help of my mother’s money, banks and a little personal madness, decided not only to pay off the debts, but also to increase the capital of the division. ”
As time has shown, this decision was correct.
“Together with the current commercial director and general manager of the group, who were fellow students at Bocconi University, together we were able to make the Sardinian company known to the whole world.” Honesty, ambition, persistence. These qualities have allowed Fluorsid to become the world leader in the manufacture and distribution of fluoride derivatives with a strong commitment to quality and respect for the environment. Today, the company’s factories are spread over 5 continents, and 95% of the products from Sardinia are exported worldwide. In recent years, Giulini explains, we bought a competitor in Norway, a fluorite mine in England, which is also essential for the processing of aluminum. The mine is the second most visited natural park in the world, and over the past few years, Fluorsid has expanded its operations not only to the above countries, but also to Switzerland.
Giullini’s company also acquired the center of Porto Marghera, formerly Montedison da Solvay. Fluorsid has become a world leader even in the Middle East, where the company supplies products to 7 Gulf countries. The President dreams of making Sardinia more future-oriented.
“Aluminum production in Italy is wasteful of energy, but you can be an innovator: there are many things to focus on on this island, such as the possible transformation of the Portovesme Alcoa area into an IT technology park. Just look ahead and think positively with a winning strategy. ”
Then there is football and Cagliari.
“Cagliari is a unique community of people. The connection with the territory is strong, so focusing on young pupils, as it was with Barella and Carboni, is not only beautiful, but absolutely important. ”
Giulini is also thinking about improving the club’s infrastructure and stadium.
In May 2020, an agreement was signed with Sportium to approve the final design of the new stadium. Our dream is “to play the 2023/2024 season at a new stadium”.
“We keep our feet firmly on the ground and do not make any proclamations: I took the club in 2014 and the shock from relegation in the first year was very strong.”
In his companies, he has delegated a lot to his trusted people who have contributed to the success of Fluorsid, and now defines himself as “50% of the company employee and 50% of the president of the football club.”
An industrialist and president at the time of Covid-19, a Milanese with Sardinia at his heart, acknowledges that the global diversification of investments made over the previous 10 years has helped the company survive.
However, as the owner of a football club, it is difficult to guarantee its economical independence, with problems ranging from television rights to the inability to receive ticket revenues due to the ban on the presence of fans in the stands. Particularly frustrating is that this all happened during the club’s 100th anniversary season, when the payroll grew substantially due to the acquisition of players like Nainggolan, Nandez and Rog.
There was no lack of concern for “financial stability”, but Cagliari proved to be a solid financial club. The main goal for the president was to immediately protect club workers and players from the covid threat.
Today Cagliari is developing and the project of the new stadium confirms this.
The idea of the club is to focus on children and for this reason the Sardinian club provides a presence in the areas of the island with numerous academies to look for the future Barell, Sirigu and Zoll.
And it is for this reason that Giulini says no to projects such as the European Super League: “It is difficult to compete with companies whose budgets are three, four, five times higher.
But planning your work based on the Academy and an effective personnel policy can be successful. ”